When the Cleveland Indians celebrated their 100th Anniversary in the American League, they produced a coffee table book with historical highlights of the club through the century.

The cover needed to appeal to their fan base that spanned the ages, and the challenge was to break a “design rule” and blend two similar celebration photos from different eras to create one dynamic image.

The cover design won best of category in an international design competition, and was so well received by the Indians organization, that they used it on their season tickets, banners, brochures, and more.

In addition, we designed the 100+ page Special Opening Day issue of Game Face magazine, and a game day giveaway commemorative poster of the Top 100 Greatest Indians! 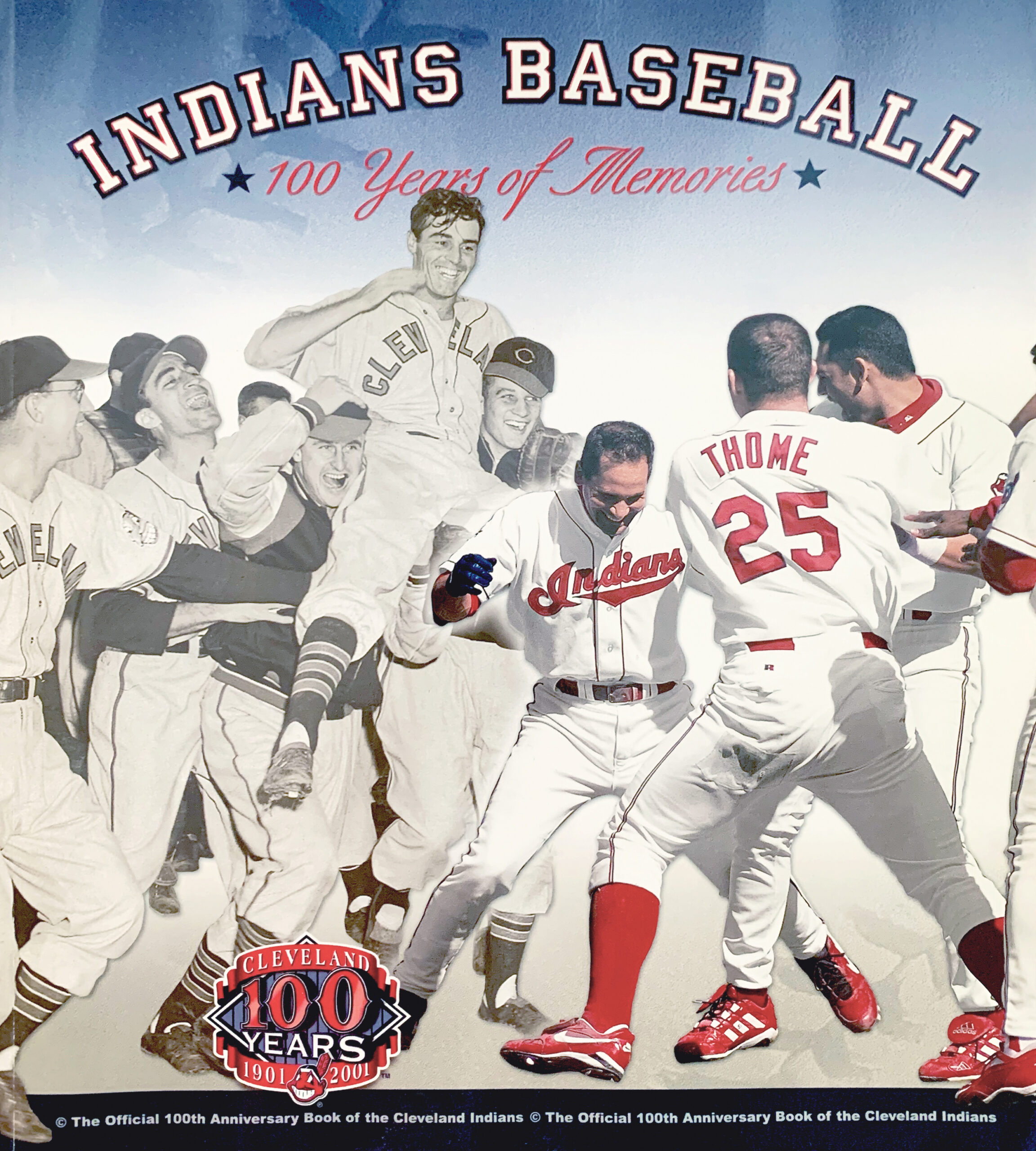 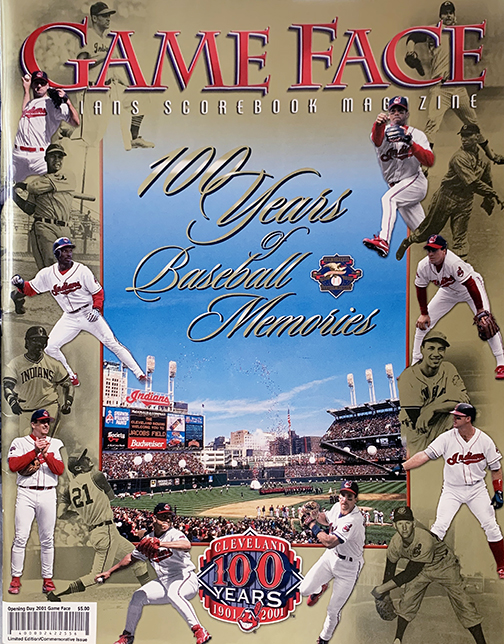 Metallic gold ink printed throughout the entire issue – giving it a unique and special look. 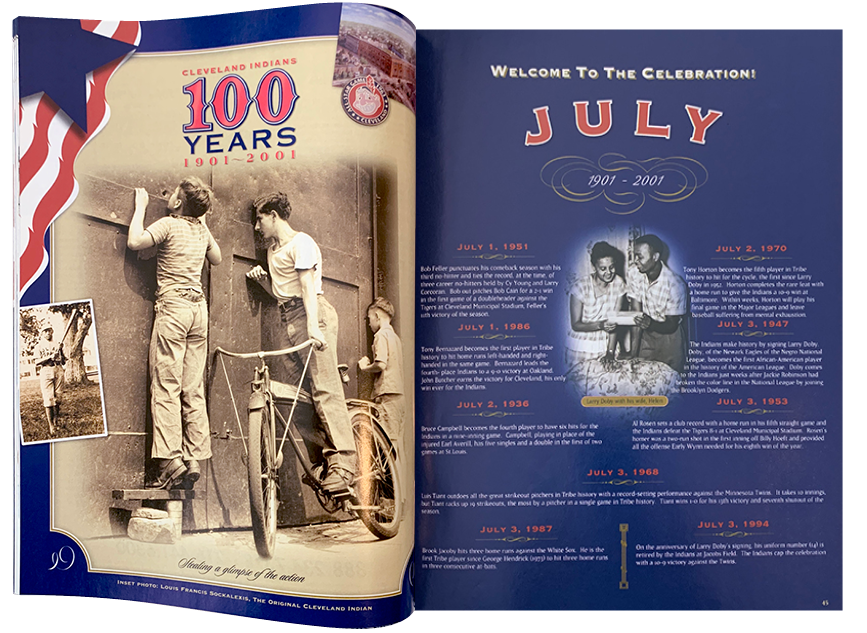 Month-by-month, the Opening Day issue took you through the Cleveland Indians’ rich history of 100 years in the American League. 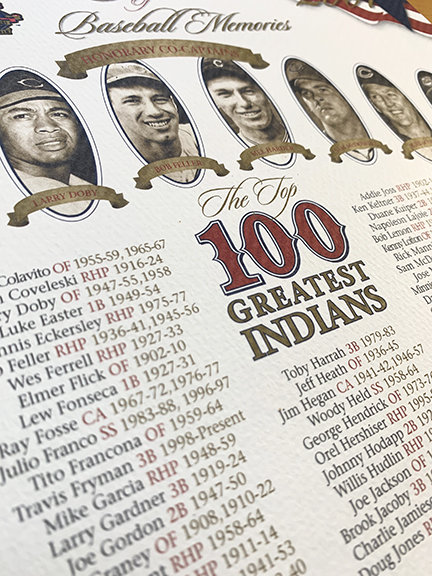